Warning: A non-numeric value encountered in /homepages/33/d597990010/htdocs/Portrait/wp-content/themes/Divi/functions.php on line 5483

Check out visitcoshocton.com for up to the date events in Coshocton County!

February 9: Shop for your Sweetheart in Roscoe Village

May 3: Chalk and Rol at ArtPARK

May 23: Lake Park Aquatic Center opens for the season

May 23: Monticello III Canal Boat opens for the season

August 1: White Night Dinner under the stars at JH Museum

November 14: Jingle and Mingle at The Shops at Roscoe Village

As dates are subject to change, it’s best to call ahead for details. Let the Coshocton Visitors Bureau assist you with your plans. Call us at (740) 622-4877 or visit the events page at visitcoshocton.com 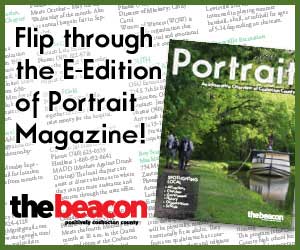 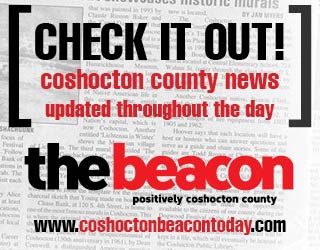 Portrait Magazine is proudly published by The Coshocton County Beacon, a division of AloNovus. Portrait of Coshocton strives to provide you with an informative overview of Coshocton County, Ohio. It is designed to give you a glimpse into the many community service agencies, churches, government services and elected officials, plus the social service and educational opportunities that are available in our community when you need help or guidance.

Coshocton was selected by “Ohio Magazine” as a Top 10 Hometown.  Coshocton embodies qualities that make Ohio hometowns so special: Friendly residents, beautiful parks, charming shops and a rich history that is celebrated to this day.